The "party-line" of the PLAAF.

Here are some useful references for all ya'll PLAAF watchers out there.

BEIJING, Nov. 10 (Xinhua) -- China's People's Liberation Army (PLA) air force is to mark its 60th founding anniversary with an air show and an exhibition of weapons and equipment in November.

Following is a brief timeline of the development of the air force based on military reports:

-- In March 1946, the first school to train aviation cadets was set up. It trained more than 500 air and ground crew before the founding of New China in 1949.

-- On Sept. 21, 1949, Mao Zedong said at the first plenary session of the Chinese People's Political Consultative Conference (CPPCC), "We will not only have a powerful army, but also a powerful air force and navy."

Ten days later, 17 fighters of the air force under construction flew over the Tian'anmen Square in central Beijing at the founding ceremony of the People's Republic of China.

-- On Aug. 1, 1954, an aircraft company in Nanchang produced the first copy of a Jacques 18 trainer. Mao Zedong called it a world-shaking event.

In its early days, the PLA air force had 157 captured aircraft. However, the birth of this trainer aircraft marked the starting point of New China's aviation industry.

From capturing enemy planes to importing from other countries, from copying others to producing by itself, China gradually developed its own fighters, bombers, transporters, helicopters and ground-to-air missiles.

-- In January 1979, Deng Xiaoping, architect of China's reform and opening up, ordered the national aviation industry authority to cut the quantity of the aircraft produced to save money for development of new and better products.

One year later, China produced its own supersonic fighter trainer.

-- In the 1990s, President Jiang Zemin sensed the new changes in warfare and proposed to "strive to build a forceful and modernized air force with both sound attack and defense capabilities."

-- In 2003, the PLA began to operate the China-made Jian-10 (Fighter-10), the third generation Chinese fighter aircraft.

-- On May 22, 2009, President Hu Jintao called for the building of a powerful air force to meet the demands of the PLA in the 21stcentury when he met delegates of the 11th CPC Congress of the PLA air force.

China began assembling its own aircraft by 1956, but initially these were copies of Soviet types. The first of them was the J-2, a copy of the MiG-15. By 1958, increased cooperation with the Soviets allowed China to produce both the J-5 (MiG-17) and the J-6 (MiG-19) manufactured under license. The first indigenous Chinese design, the J-8 was produced in 1969 after breaking off relations with the Soviet Union in the 1960s.

The PLAAF began a program of modernization with the domestically-developed Su-27s from the early 1990s and the evolution of various fourth-generation aircraft, including the domestic J-10, and the JF-17 in collaboration with Pakistan. The PLAAF also strove to improve its pilot training and continued to retire obsolete aircraft. This resulted in a reduction of the overall number of aircraft in the PLAAF with a concurrent increase in the quality of its air fleet.

The PLAAF typically uses the system of threes in its organization at division level and below; for example, three regiments per division, three squadrons per regiment, and so on. There are also independent regiments within the military region air forces, and two airborne corps under direct control of the PLAAF Headquarters. The Bayi Aerobatic Team is the only aerobatics team of the PLAAF that was formed in 1962.

The markings of the PLAAF are a red star in the center with a red band going across the middle. The red star contains the Chinese characters for bayi, representing August 1, 1927, the date of the formation of the PLA. 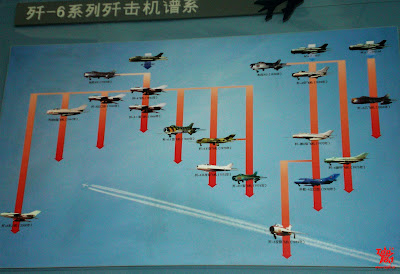 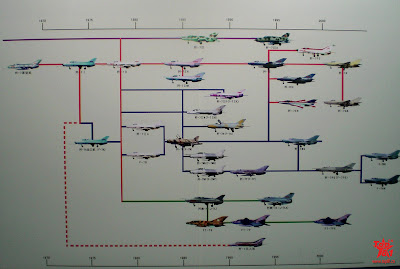 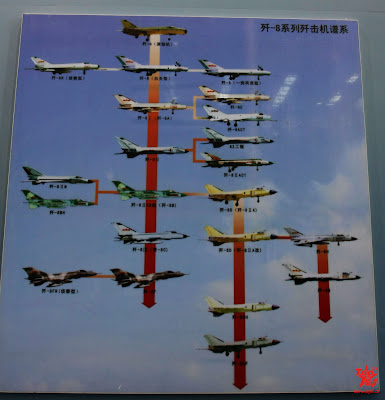 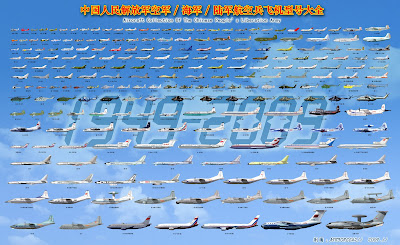