The Norinco SP family of Truck Based self-propelled (SP) artillery system was first revealed during the 2007 Abu Dhabi International Defence Exhibition (IDEX 2007). It is once again on display at this year’s IDEX with more detailed sales brochures and technical diagrams. China’s debut of the L-15 advanced jet trainer marks a major push into the Middle East Arms market after the success of the PLZ-45 155mm SP artillery deals with Kuwait.

The SP project commenced in 2002 with two variants: 155mm/52 caliber SP1 and the 122mm (D-30) based SP3. The truck based artillery concept is gaining popularity in recently years as they are an inexpensive option to air transport and can utilize the highway routes that are becoming more available. It will face stiff competition as the Truck Based Self-Propelled Artillery market is already dominated by more established players such as BAE’s Lightweight Mobile Artillery System, the French (CAEASR) Nexter Systems and the ATMOS 2025 Autonomous Self Propelled 155mm Gun. The advantage of the SP family is that it can fire both the Russian or the NATO based laser-guided projectile as well as the standard HE rounds.

It has been confirmed that a small quantity of SPs are already in PLA service since October 2009. 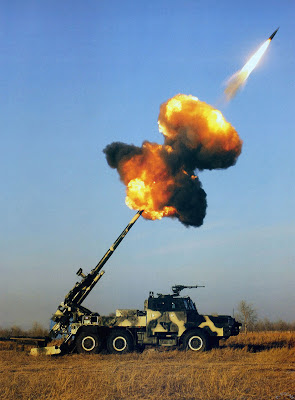 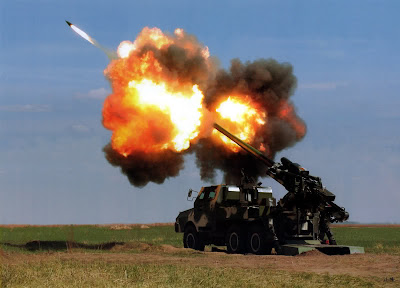 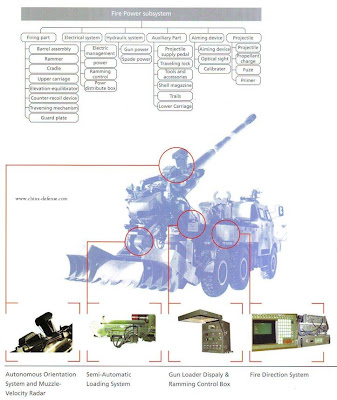 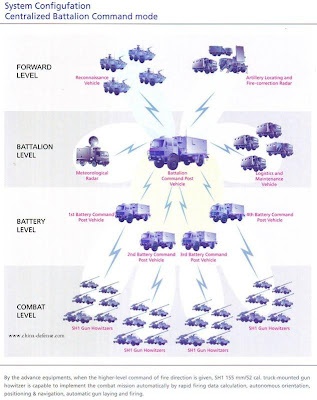 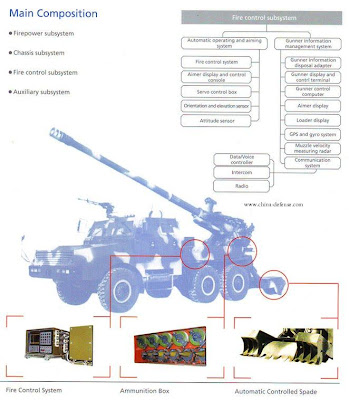 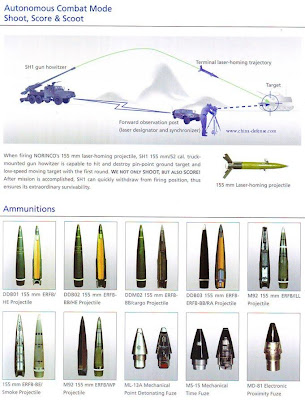 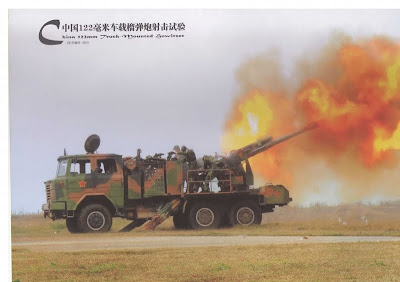 The 155 mm system looks similar to the French CAESAR system, but the 122 mm is strange.

There is no real need to put the piece on top of the truck like that.

It makes it such a large target on the battlefield and easy to spot.

There is no real benefit in doing this, they should have kept the design of the 155 mm piece.

It can greatly reduce the "shoot and Scoot" time, that capability is surely missing in the traditional towed arty.

We were taking some time today browsing some valuable information for our blog. As we were searching for transport related news, we landed in your site. We were very happy to see your links page containing resources of relevant categories. We would be very pleased if you could provide us a link.

If you provide us a link in your site, it will be benefiting your end users and us.

If u added my link, I will also add your link on my blog

Self-Propelled Artillery System sounds to be good one. I am very much interested in it. Can You please tell me more about it.
Truck Rental

I must say truck based Self-Propelled Artillery System is best one...just shifted to new city with the help of moving company and they used the same facility. It was really great experience.
Moving Company

Interesting blog and posts, helpful and informing. I appresiate the effort you have put in writing all of this.