General He Weirong's statement "pilots could expect to jump into the most advanced fighter jets in 8 to 10 years that will have stealth capability" has generated a great deal of buzz in the Chinese internet and his entire interview can be watched here.

Judging from the interview, he was possibly referring to the long rumored J-XX 4th Generation Fighter project based on the stealthy twin-engine J-10 concept.

A senior military officer said Monday China's military pilots could expect to jump into the most advanced fighter jets in 8 to 10 years, while President Hu Jintao called for a "new chapter" in the development of China's air force.

Hu made the remarks while he met senior officers, experts, role models and pilots with representatives from People's Liberation Army Air Force Sunday, one of the events held to mark the 60th anniversary of the air force.

China's national defense and its army's modernization are confronted with new situations and tasks. In accordance with the requirements of both offensive and defensive operations, the air force is urged to strengthen the development of military system, Hu said.

The same day, He Weirong, deputy commander of the air force told China Central Television that military pilots could expect to jump into the most advanced fighter jets in 8 to 10 years that will have stealth capability.

He said that the planes are in development and will match or exceed the capability of similar jets in existence today.

Worldwide, the 4th generation jet fighters, with the US-made F-22 raptor as the bench mark, is also known as the 5th generation fighter planes based on Russian standard.

They will have the 4S ability, which are stealth, super cruise, super maneuverability and short take-off.

"Compared with the 3rd and the improved 3.5 generation, the 4th generation fighters have overwhelming technological advantages. Its most striking characteristic is the capability of invisibility, which also could be called low detectability," Dai Xu, an air force colonel and military strategist, told the Global Times Monday.

Currently, the F-22 is the only in-service 4th generation fighter in the world. The F-35 and Russia's T-50 are in the development process.

Chinese 4th generation fighter is the 4th one entering into the actual development process.

According to Dai, the development of the 4th generation fighter shows the progress of Chinese Air Force's modernization.

China-made third-generation fighter J-10's performance is equivalent to US F-16 fighter, deputy commander He said in the interview.

"J-10's max weapon load is up to six tons with 11 pylons and its shortest take-off distance is only 350 meters," he said.

J-10 performing at National Day military parade will be showcased in an air show in Beijing tomorrow to mark the 60th anniversary of the founding of the PLA air force, according to the Xinhua News Agency.

Improved Design program of J-10 has been in full swing and its more advanced sister model will be available in the near future, an insider told Hong Kong-based newspaper Wen Wei Po. 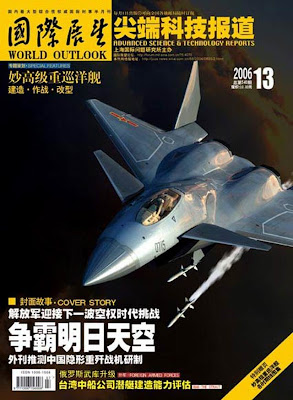 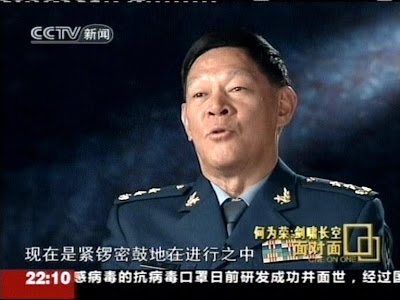 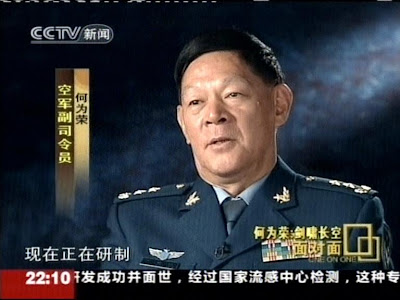 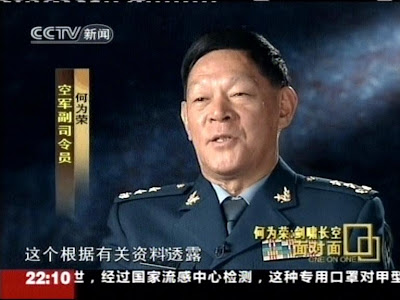 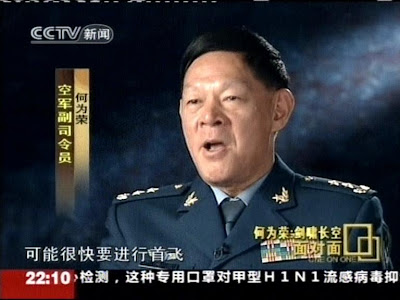 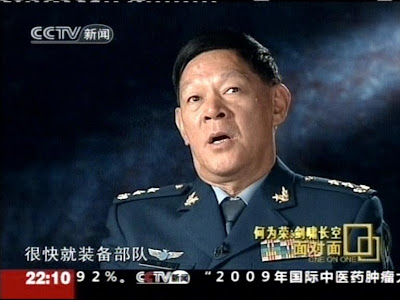 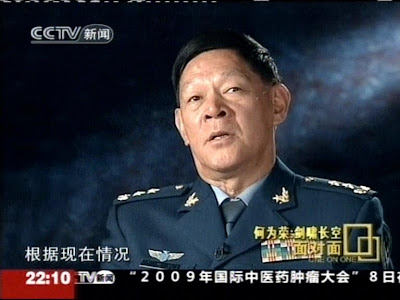 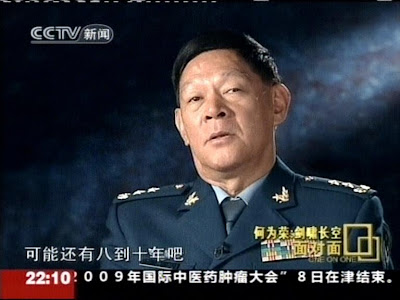 Posted by Coatepeque at 3:39 PM

Email ThisBlogThis!Share to TwitterShare to FacebookShare to Pinterest
Labels: J-XX

What with the two different standards for classifying fighter generations?

One is Chinese and the other is the West.

Maybe the US knows something that the rest of the world isn't even aware of--with the advent of incredibly lethal air-air or surface-to-air missiles, the US may see the futility of trying to survive in the battle space flying sexy fighter aircraft. Just as warriors reluctantly gave up the horse, maybe it's time to give up today's stealthy rock sleds.
Or, maybe I'm giving the US too much credit--DOD hasn't had a very good track record...