The 2nd DongDiao class AGM/AGI was launched on December 10th, 2009 in Shanghai. It was designed by the No 708 design institute, the same institute that designed the YuanWang class space tracking ships, and constructed by the Shipyard 424 of the Hudong-Zhonghua Shipbuilding Group.

This 4600 ton (6000 ton maximum capacity) intelligence gathering ship is based on the smaller Daxin class training ship but instead of classrooms, it is packed with radars and other EW equipment. The first Dongdiao (851) class was launched in 1999 and commissioned by the East Sea Fleet. It is equipped with a pair of SEMT-Pielstick diesels to give it a top speed of 20 knots, and 5000nm range.

Unknown equipment is housed inside the radomes in both Dengdiao ships, but Hudong-Zhonghua labels them as "High Tech Radio Signals Gather-and-Process" ships. 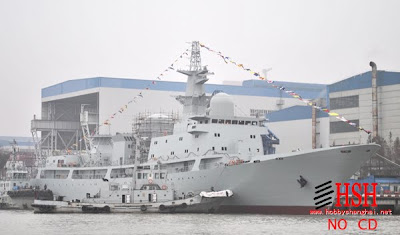 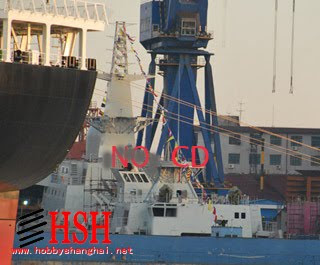 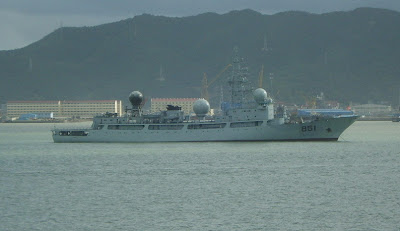