Traditionally, the PLA Group Army operates as a single unit under a single chain of command but the CMC is moving the PLA out of that model. The new Basic Campaign Corps (BCC) standardization (as it is presented) allows for cross-sections from different regions and other service arms to be re-tasked as needed at the campaign level.

The concept seems basic but for a huge army rich in tradition, it has proven difficult to implement.

According to the commander of a group army which undertakes the test and training tasks, for the first time the joint operation planning and command was extended from the strategic level to the joint operation frontier of the basic campaign corps in this joint training.

Achievements in one-year-long pilot were fully displayed in the “Vanguard 2009” actual-troop exercise.

In the joint command, the leading organs of the group army closely collaborated with commanders of 10-plus arms of the airborne force and army aviation force among other forces who also joined the commanding system to plan out exercise in the mountainous regions and issue orders to troops and command posts via the information-based command and control system. All services and arms cooperated closely and developed their strength in the joint command.

The chief of staff of the group army told the reporters that the joint operations of the services and arms were organized by relying on the information-based command and control system and such objectives as precise decision-making, precise command, precise collaboration, precise attack and precise support were realized in the true sense and the theoretic achievements of the joint training of the basic campaign corps were tested in 6 aspects, offering valuable reference for the whole army to organize similar joint trainings later on. 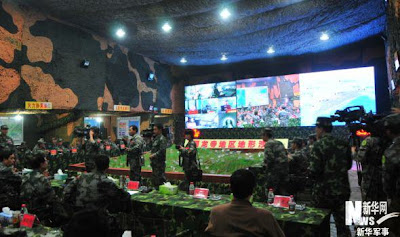 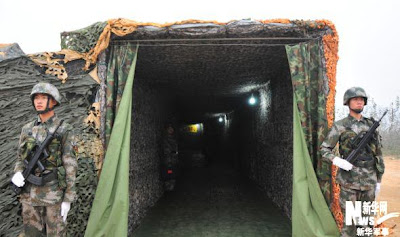 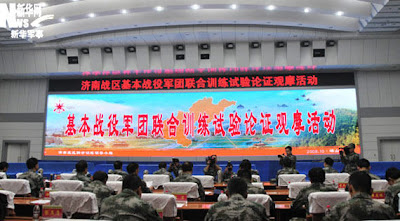 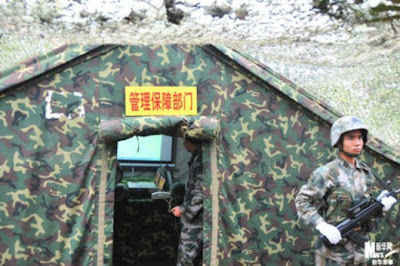 Posted by Coatepeque at 1:32 PM