During the 2008 Summer Olympic, China has received much coverage in the international press for its weather modification attempts. The Chinese government did not started the weather modification program due to the Olympic over night, the program started back in 1958 and it is being run by the Weather Modification Department, a division of the Chinese Academy of Meteorological Sciences and the Chinese Air Force. The program employs and trains 32,000 to 35,000 people across China and a full and part time basis. After 40 years of research and development, skepticism still remain on the effectiveness of the program.

The science behind the weather modification is relatively simple -- by launching silver iodide into the sky, it helps to concentrate moisture and cause rain. In theory, they can also "shoot down" any cloud before it can reach its unwelcome destination. Yup, anyone dare to rain on the 60th National Day Parade will have consequence, even for the cloud.


The Air Force of China's People's Liberation Army (PLA) has conducted the largest ever weather modification to ensure a clear sky above the Tian'anmen Square where the ground formations and aircraft will pass through during the grand National Day parade on Thursday morning.

To deal with possible rainfall or thick cloud that would impair or shadow the once-for-a-decade military parade, the PLA Air Force has deployed 18 aircraft which could spray environmental-friendly activators to seed rain-bearing clouds.

A shower washed Beijing Wednesday night and early Thursday morning after rain-inducing chemicals were fired into the sky above Beijing that was filled by smoke and vapor in the past two days.

Another 48 fog-dispersal vehicles have also been on stand-by beside runways of the airbases from which all 151 aircraft performing the air display could have a safe take-off and landing.

Beijing's civilian meteorological organizations also supplement the military effort with rockets fired into the air in the surrounding provinces and regions to load clouds with silver iodide or dry ice to induce precipitation before the rain reaches the center of the city.

The Air Force has dispatched more than 260 technicians and experts to help the ground crew in the airbases operate those weather-intervening equipment.

According to sources, the Air Force has been studying on the artificial measures to intervene natural weather phenomena since the 1950s. This is the first the largest number of personnel and equipment were involved for weather intervention for National Day parade.

Cui Lianqing, an senior air force meteorologist, said it has been the first time in the country's history to attempt such a large scale weather modification which could dwarf the rainfall stimulation operation for the opening ceremony of the Beijing Olympic Games last summer, when thousands of rain-dispersal rockets were launched.

"Only a handful countries in the world could organize such large-scale magic-like weather modification," said Cui. "However, the technology we have mastered so far could only allow us to modify the weather to a limited extent.

"There are many uncertainties up in the sky," he added. 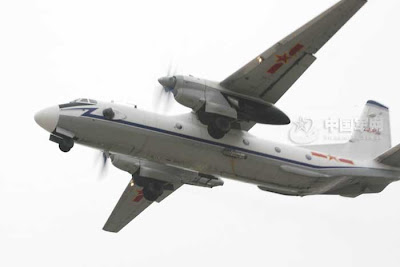 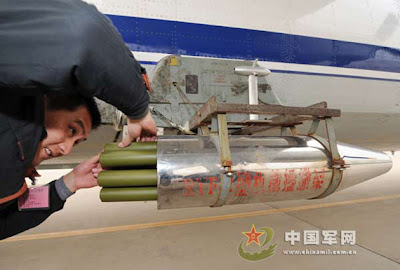 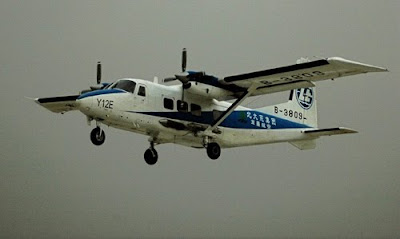 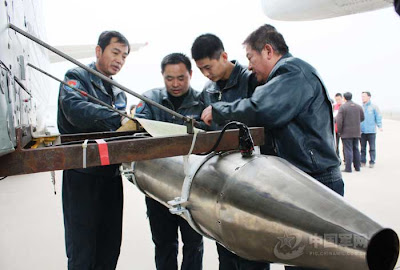 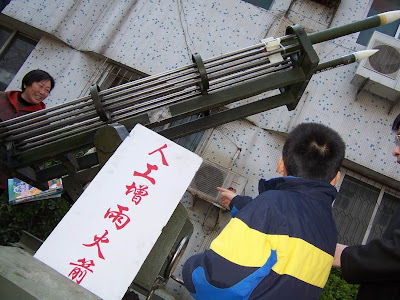 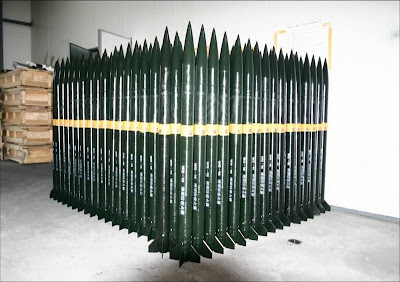 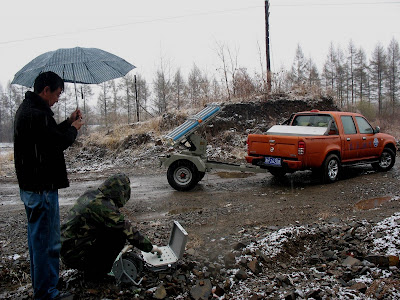 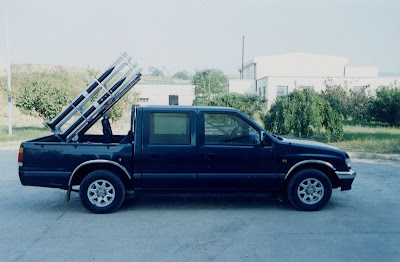 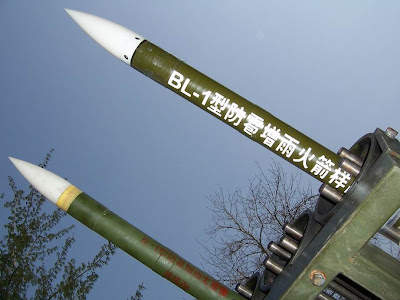 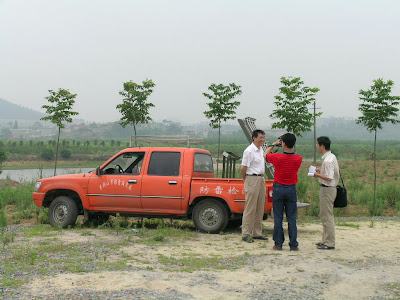 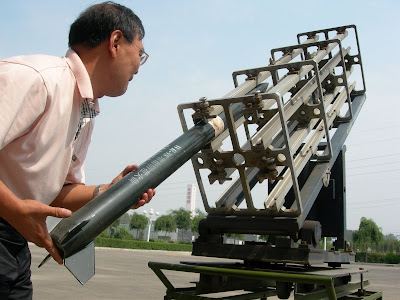