The newly ordered Z-8Fs will serve under the PAP Forest Headquarter at Daqing (here).
The Z-8F is an improved civilian variant of the standard PLAN naval transport helicopter which has been in service since the late 1980s. Improvements over the standard Z-8 model include three Pratt & Whitney Canada PT6A-67B turboshaft engines (rearward-canted exhausts), new composite rotor blades (with optional de/anti-icing), and redesigned avionics.

The maiden flight of the Z-8F was scheduled in early 2004, but was postponed six months due to problems with engine integration. The engine problem has been corrected by Pratt & Whitney and entered production in 2006. The Z-8F also serves as the basic model for the PLAAF’s Z-8K S&R helicopter which played an active role in the wake of the 2008 Sichuan earthquake and also participated in the 60th national day fly over. 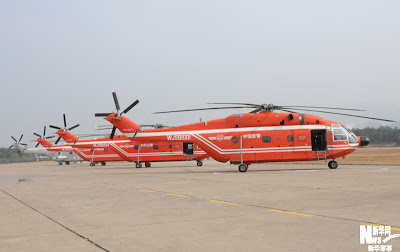 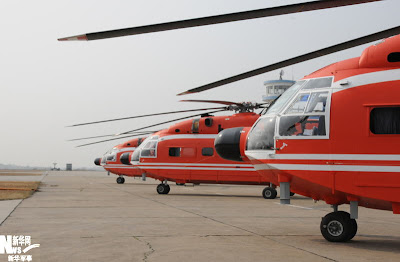 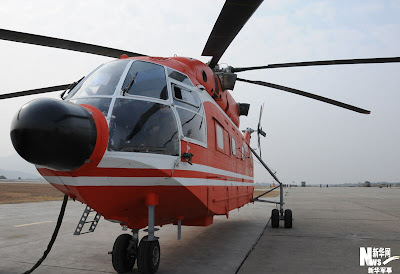 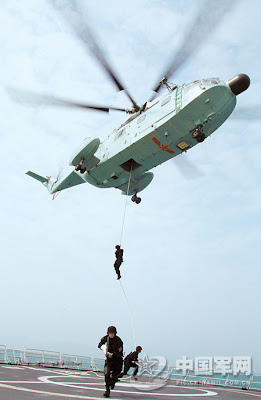