FFG 536 "Wuhu" returns to port after its patrol in the South China Sea.

This is news-worthy for two reasons: The Jianghu class has an impressive on-station time for a 2400 ton class frigate and it serves as evidence that the PLAN is deploying assets across its traditional “three-fleet” boundary and the navy-wide Command and Control infrastructure is not just for campaign-level exercises but also for direct day-to-day patrol operations.

While the PLAN is showing-the-flag with their latest surface-combatants in the Gulf of Aden, the old Jianghu workhorses are left to perform the less glamorous second line duties such as offshore patrols. As China is blessed with a huge coast line and a growing Coast Guard, the CMC will likely keep these 30-year-old Jianghu’s around for patrol. Despite the obsolescence of the Jianghu class, they are relatively inexpensive to operate and still compete against most of the surface combatants from ASEAN navies like Vietnam, Philippines or Malaysia. Since early 2000, the Jianghu class has been updated with the SNTI-240 SATCOM suite, but there is no sign that additional non-communication related modernization enhancements will be performed. The Jianghu class, after all, has become a glorified ocean patrol boat that can still lay mines and provide very limited NGS. 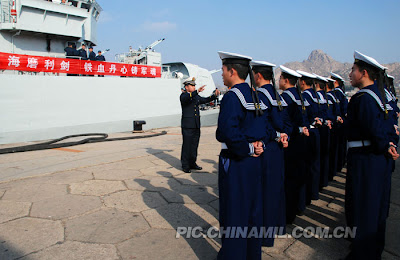 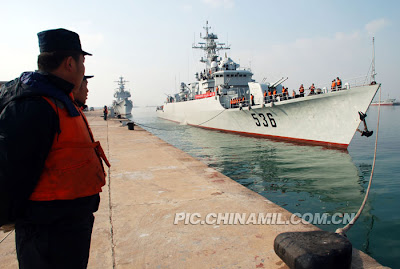