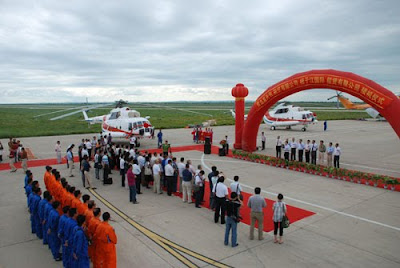 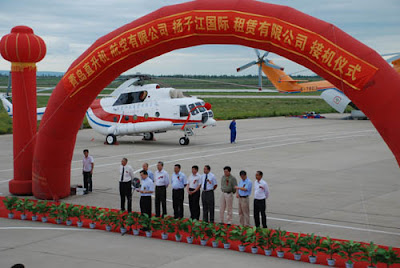 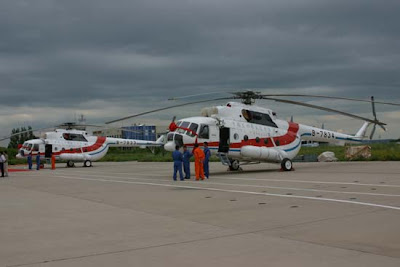 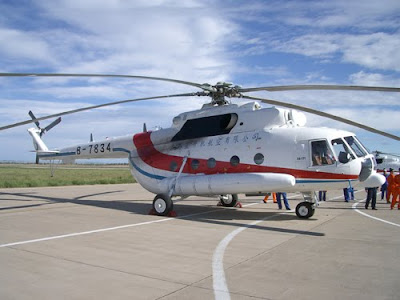 China plans to build at least 20 helicopters in 2008 with assembly kits supplied by a Russian plant in Ulan-Ude and later increase production capacity to 80 aircraft per year.

"We consider this project as the beginning of a trend to assembly Russian helicopters in China," the newspaper quoted a source in Oboronprom, which controls Russian Helicopters, a helicopter manufacturing group.

Mi-171 is an export version of the Mi-8 Hip helicopter, which is currently in production at two factories in Kazan and Ulan-Ude, fitted with more powerful turboshaft engines.

According to Vedomosti, the Lantian Helicopter Company, based in Sichuan province, has already received orders worth $42.8 million.

"The Chinese are planning to export [Mi-171] helicopters to Pakistan and Africa, which may hurt Russian exports," the source said. "In addition, the successful implementation of the project could leave Russian manufacturers short of component parts."

In 2007, Russian companies only built 120 Mi-171 helicopters, although they had orders for 150 aircraft, due to a shortage of transmissions and rotors, and according to estimates, there are no plans in the future to increase production for these components.

At the same time, some Russian experts believe it is better to allow the Chinese to manufacture helicopters under license rather than sit and wait until China develops its own version, modeled on Russian designs, Vedomosti said.

Email ThisBlogThis!Share to TwitterShare to FacebookShare to Pinterest
Labels: Mi-171