The testing of a trans-Military-Area-Command (trans-MAC) suggests that the current PLA force structure is inadequate in handling logistic support for trans-regional joint operations. It shows that the PLA recognizes it is still experimenting new methods to improve its military operations.

During the Stride 2009 (跨越-2009) trans-regional military exercise conducted on May 2009, the four PLA divisions took 90 percent of their organic “artillery, engineering machinery and other large weapons,” only 50 percent of armored vehicles, such as tanks and armored personnel carriers, were transported. Since tanks provide both mass and firepower, the participating divisions would have lacked a large portion of their combat power in an actual situation. (here) As demonstrated during the aftermath of the May 6th 2008 Sichuan earthquake, PLA is capable of sending large number of infantry to great distance; transporting heavy equipment, on the other hand, has proven problematic.

Recently, the armored troops of Chinese People’s Liberation Army (PLA) successfully conducted a test-oriented exercise of long-distance heavy equipment projection, which symbolized that the heavy equipment of the PLA could be delivered to any designated combat zone by highway and the long-distance rapid maneuver support capability had been further enhanced.

In the exercise, when the PLA armored troops’ railway transportation was impeded, the general commanding officer of the exercise decisively ordered the troops to transport the heavy-duty equipment by highway.

Upon receiving the order, the officers and men of the heavy equipment transportation company of the motor regiment under the GLD overcame the difficulties imposed by such negative factors as rugged and complicated road conditions and the overweight and outsized equipment, and smoothly transported the main battle heavy equipment of the armored battalion of a regiment to the designated region after a two-day long distance trans-MAC maneuver of 1,170-plus kilometers.

By Li Zhansheng and Zhao Jihui 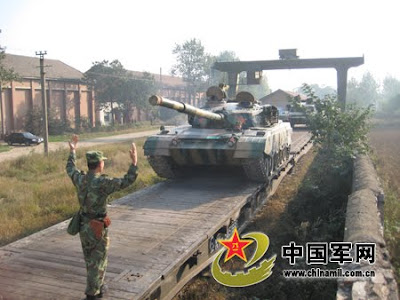 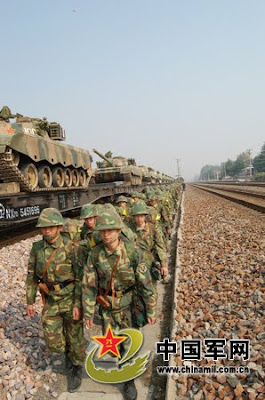 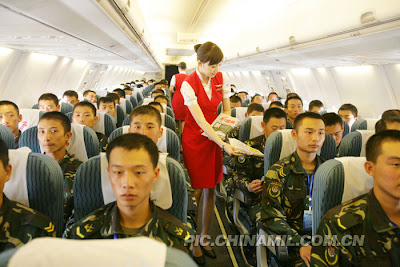 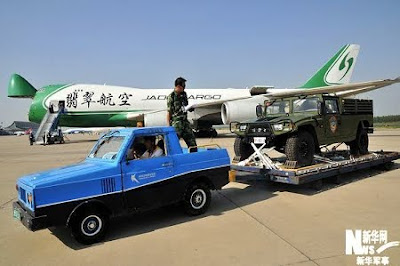 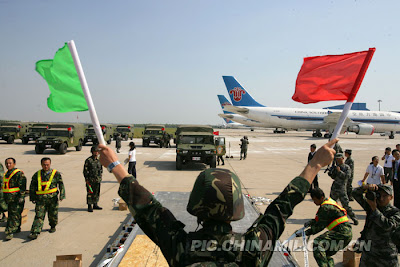