By Corinne Reilly
The Virginian-Pilot
© December 21, 2009

The pilots, who are part of the 27th Fighter Squadron of Langley's 1st Fighter Wing, spent most of the deployment carrying out simulated combat missions at a training center in the United Arab Emirates, the Air Force said. They practiced against military pilots from Pakistan, Jordan, France and Britain.

"In every test we did, the Raptors just blew the competition out of the water," Pilch said. "Their stats were off the chart."

Now four years into its operational life, the Raptor is the Air Force's newest fighter jet. It's known for its maneuverability, speed and advanced electronics. But the aircraft also has been criticized for its slow development, lack of a clear mission and escalating price. At $143 million per plane, the Raptor is the military's most expensive fighter.

Detractors argue that the jet, designed for air-to-air combat against sophisticated enemies, holds little relevance in modern conflicts. Proponents counter that even though Raptors have never been sent into combat, their superiority could deter aggression from nations such as Iran and China.

Recently, though, the debate itself has become largely irrelevant: Under pressure from Defense Secretary Robert Gates, lawmakers voted this summer to cut off funding for the aircraft, effectively capping its production at the 186 jets the military already has ordered. A House defense spending bill passed Wednesday included no new money for the Raptor program.

The aircraft's performance in the Middle East this month probably won't change its fate in the United States, said John Pike, director of the military Web site GlobalSecurity.org.

"It's never been a matter of its capabilities," said Pike, who described the Raptor as the fastest fighter jet in the world. "It's a matter of money and of necessity."

He said a renewed threat from China is probably the only circumstance that would push the Raptor into further production.

"If the Chinese suddenly showed up with a stealth fighter that rivaled the Raptor, things could change fast," he said. "The big argument against the Raptor is that it's a Cold War-era weapon. The only real argument for it is China."

About 40 Raptors are stationed at Langley, which was the first base to receive them. Officials at Air Combat Command said there are no plans to increase the number of Raptors based locally, despite a request from Virginia lawmakers. 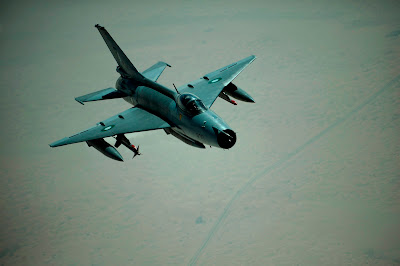 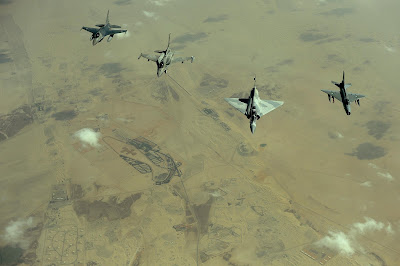 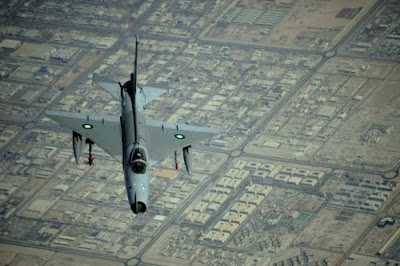 Ha ha ha...interesting title. I don't think F-22 capable enough to destroyed J-7 if the face dogfight. The only factor that made J-7 lost to F-22 is its electronic sensor. If China able to upgrade its up to J-10B standard electronic suites, F-22 just can dream to defeat J-7(as projected by them).

The Russian had reduced the RCS of a Mig-21(J-7) down to 0.25 M^2 on a demonstrator. An InAF Mig-21 Bison had done very well against USAF during a Red Flag exercise at Nellis AFB, when it turn on its jammer. A J-7 can still be effective fighter if proper RCS reduction is applied, and equipped with an advance jammer.