Update on the J-11B Project.

According to the PLAAF 60th Anniversary Warplane Show, the J-11B conducted its maiden flight on December 2003 and entered service with the 1st PLAAF Fighter Division on December 2007. The initial batch of the J-11B was powered by the imported Russian AL-31F turbofans engine instead of the delayed WS-10A.

In addition to the engine, the J-11B differs from the J-11A in other areas; it features a new quadruple-redundant digital fly-by-wire flight system with mechanical backup, a new multimode pulse Doppler radar for indigenous armaments against land/sea/air targets, and a new cost of composite material to reduce weight. It's redesigned cockpit is equipped with a new set of instruments ranging from a holographic HUD, four LCD MDFs, to a new missile warning system. 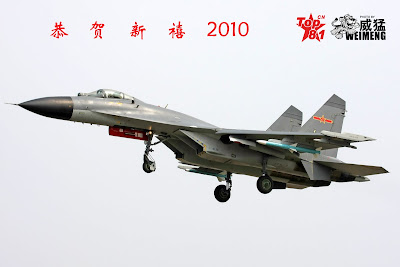 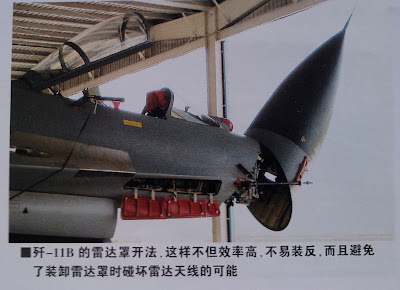 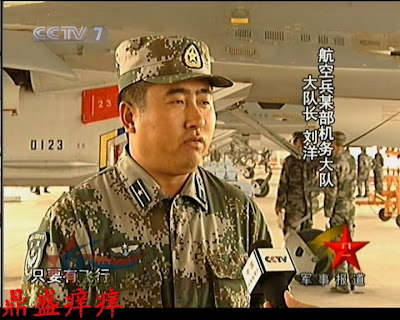 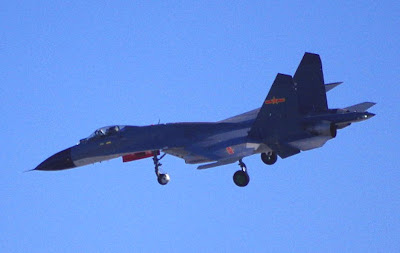 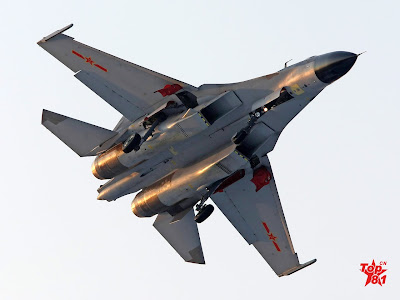 Posted by Coatepeque at 1:11 PM

So finally we have unambiguous photographic evidence (especially in the last two pictures) of the J-11B using the WS-10A.

The most obvious visual clue of the new engine seems to be the shorter exhaust nozzle petals and the associated rounder, stubbier rear engine body.

Aside from that, there seem to be very few external clues to distinguish her from her predecessors. (anyone - please point out other distinguishing features you have found).

The only other features of note I can make out are:

2) a series of parallel air-relief vents underneath the engine nacelles, rather like those on top of the MiG-29's wing.

Camouflage scheme remains pretty much as before - darker blue-gray upper surface, with associated light underbody, with dark tailfin tips and nosecone, which has a shorter nose probe.

The high-resolution photos reveal good fit-and-finish, but it seems the new radar does not have as large an antenna as the older model.

The darker blue-gray is the standard J-11 paint I believe, the imported Su-27 bird sports a light skin.

Yes, the finishing confirms the improvement over the Su-27.

So finally we have unambiguous photographic evidence (especially in the last two pictures) of the J-11B using the WS-10A.
Sightline Payments
casino spel

Thanks for the suggestions shared on your own blog. One more thing I would like to state is that losing weight is not about going on a fad diet and trying to shed as much weight as you can in a few days. The most effective way to shed weight is by acquiring it slowly and following some basic tips which can help you to make the most through your attempt to lose weight. You may realize and be following many of these tips, but reinforcing know-how never hurts.Best advertising Agency in the world | top advertising agencies in pakistan | Marketing Agency | pakistani matrimonial

I am impressed by the way you covered this topic. It is not often I come across a blog with captivating articles like yours . That was a very helpful piece.
website development for companies