According to the Guangzhou Shipyard International Company Ltd (GSI), the Type R22T Fuchi class AOR Fuxianhu 888 was launched on December 25th 2006 and commissioned by the PLAN South Sea Fleet on December 2007. Unlike her two Fuchi class sisters (886 and 887), Fuxianhu was designed to ferry supply and personnel to PLAN's offshore garrison. Her two RAS stations (one liquid, one solid) were replaced by 4 LCVP craft (in a 2x2 configuration) at midship for supply offloads.

As reported by the PLA daily, the Fuxianhu conducted its maiden supply run to the South China Sea garrison on July 2008 and was initially expected to supplement the old Jingpohu which has been running supplies since June 1993 (here)

Now, with the transfer of the Fuxianhu to the FLEC, it reinforces the trend of shifting focus to MOOTM (Military Operation Other Than War). China is the largest fishing power with a total haul of over 17 million tons in 2007, its distant water fishing fleet is close to 2000 vessels operating in the EEZs of 35 countries (here) .

In 1999 China initiated a zero growth plan as the South China Sea fishing stock is nearing collapse. Having a large replenishment ship to serve in both supply and command roles will enhance the law enforcement of the FLEC (especially with those Type 76F AAA).

Old pennant 888 with her LCVP 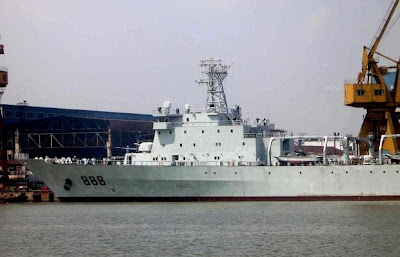 One of the two utility boats 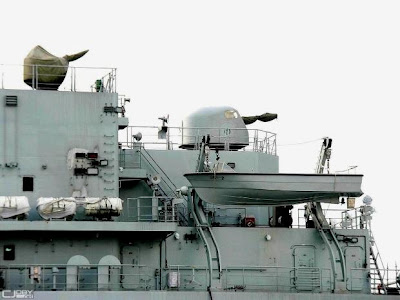 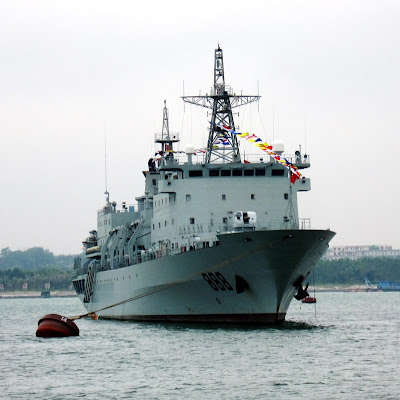 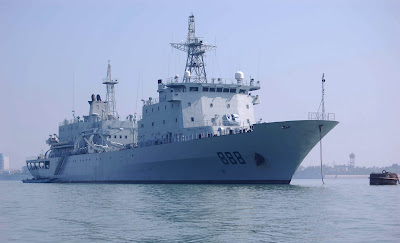 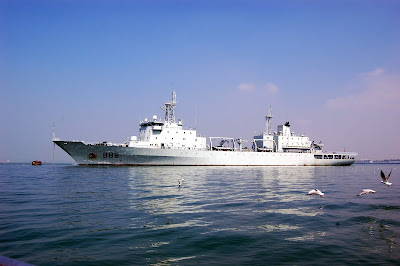 With her new pennant "渔政88" 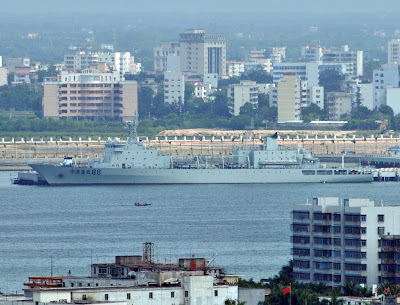 This vessel could use an air-search radar, fire-control radar for the guns and a few short-range surface to air missiles.

They should also arm the boats with 50 caliber machine guns and give her a heavy-lift and a SAR helicopter.

And after all that - voila' - you have a mini marine landing ship!

kinda overkill. Those replenishment ships are expensive to build and the PLAN does not have enough of them.