K-8 scores another deal -- no wonder Hongdu proclaims it has cornered 80% of the intermediate jet trainer market this year. (here) 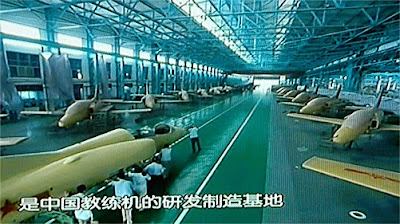 LA PAZ: The Bolivian government has approved the 57.8-million-dollar purchase of six planes made in Pakistan with Chinese technology for use in anti-drug operations, media here reported Friday.

The deal was finalized Wednesday in consultations with ministers and stipulates that the aircraft will provide a 'contribution to the regional battle against narcotrafficking, ensuring requisite control of national air spaces and areas prone to and affected by this problem,' reported local independent media agency Fides.

The government has not explicitly confirmed the deal but 'the president will announce it on October 10,' according to Defense Minister Walker San Miguel, who was cited by La Razon newspaper.

The K-8, or Karakorum, plane is a light fighter jet jointly developed by China and Pakistan in the early 1990s.

It is used primarily as a training aircraft, but can also be used for airfield defense.

Bolivia is also waiting for five US-made Huey helicopters to be delivered by Brazil. Bolivian President Evo Morales said Thursday that the delivery was being delayed by the United States, which has yet to give the project a green light.

Morales accused Washington of 'boycotting' Bolivia's anti-drug efforts after the country expelled agents from the US Drug Enforcement Administration in 2008.

Bolivia is the third largest cocaine producer in the world, behind Colombia and Peru.

In addition to the anti-drug operations aircraft, Bolivia recently announced the purchase of a modern presidential plane, an Antonov AN-148, at a cost of 30 million dollars.

The purchase is part of a deal with Russia worth 100 million dollars to modernize Bolivia's air force.-AFP

Posted by Coatepeque at 2:13 PM

I wanted to thank you for this great site. very informative, and info that will not be found any where else. i will need to tell some of my friends.