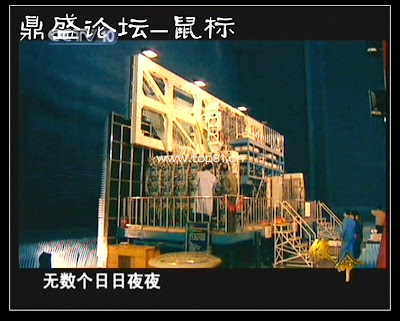 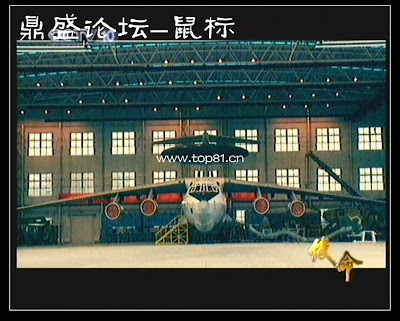 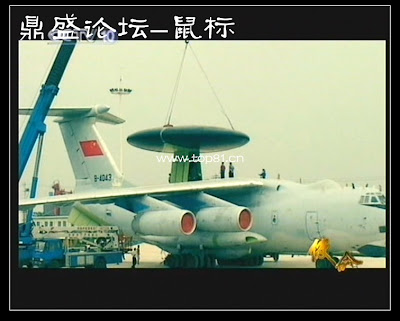 BEIJING, Oct. 1 (Xinhua) -- The organizer of China's National Day parade showed the most important hardware progress the country's Air Force made in the past decade as the long-range Kongjing-2000 and two other smaller Kongjing-200 aircraft led air formations.

The Kongjing-2000 is China's first generation of military airborne early warning and control (AEWC) system developed with its own technology. The plane was deployed around 2004 after decades of trade embargo by Western countries and unsuccessful acquisition of Russia-made equivalent.

A practical AEWC platform has been long expected by the Chinese People's Liberation Army's Air Force since the 1960s when it realized the growing insufficiency of short-range fighters and limited ground radar bases to defend China's vast territory and more than 4.7-million square kilometers of waters under its jurisdiction.

With an ability to process comprehensive information and long-range detection by its active phased array radar, Kongjing-2000 can track dozens of aerial targets and guide the PLA's fighters to intercept enemy aircraft far beyond their detection range.

"The early warning aircraft is a multiplier of air defense forces and its advantages will be particularly significant out of the land area, such as the South China Sea," said Prof. Wang Hanling, a maritime expert with the Chinese Academy of Social Sciences.

Kongjing-200 with its balance beam-like radar on the back of itsYun-8 transporter airframe is a supplemental AEWC system for lower-altitude and shorter-range mid-air combat information supply.

"They (AEWC aircraft) are the basic requirement for the PLA's Air Force to have a systematic combat platform under information-based warfare," said Prof. Wang Mingliang with the Air Force Command College.

"To construct such a systematic platform is what the PLA's Air Force is doing and will reinforce in the future," Wang said.

Wang said the PLA is stepping up the platform's construction as the world's leading air forces have connected air weaponry such asfighters, bombers, AEWC aircraft and electronic warfare devices with military information distribution network which rely on military resources in both the air and the space, such as satellites.

"The AEWC aircraft is actually a comprehensive mid-air platform that connects the ground radar and the aircraft which can see and hear farther than a single weapon alone," said Prof. Tan Kaijia.

"The development of Kongjing-2000 and Kongjing-200 has also encouraged Chinese scientists with huge pride, which proves that China can master AEWC technologies," Tan said.

The aircraft to perform the air show were selected from the PLA's Air Force, naval aviation and army aviation. Their pilots have conducted rehearsals of flying over Tian'anmen Square from the air bases in the outskirts of Beijing. 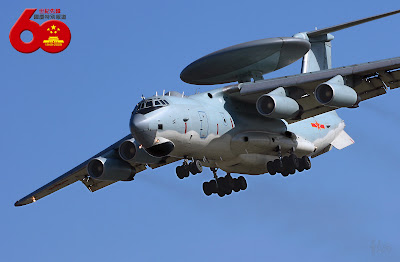 glad it is interesting. Don't think F-22 could disrupt this baby.