Here is SOC's view on the new demo bird.

AAMs could be there for balance issues. J-10s seem to almost always be carrying PL-8s out there. Even the J-10B had them fitted when it first appeared in primer. Drop tank could be where the chemicals for the smoke effect are stored. In the Thunderbirds F-16 the 20mm gun and ammo can were removed for the "smoke tank", a solution which probably wouldn't work as well on the J-10 given the different gun layout and fitting. Twin-seats isn't a big deal either, it's common for display teams to use them for carrying photographers, training crews, and even handing out VIP rides.

The reporters learned from relevant department of the Air Force of the Chinese People’s Liberation Army (PLA) that the “August First” flight demonstration team of the PLA Air Force which took the lead in flying over the Tian’anmen Square during the military parade in honor of the 60th anniversary of the founding of the People’s Republic of China is to change its aircraft with type J-10 fighters independently developed and designed by China. And the J-10 fighters will also adopt a new coating. This is the 4th time for the team to adopt a new coating since its establishment.

It’s introduced that the coated marks mainly include national flag, army emblem, aircraft emblem, words of CHINA AIR FORCE, team emblem, aircraft number, flight formation and maintenance as well as warning marks (sign and symbol). The coating has distinct characteristics and “China Air Force” is the theme of the whole scheme. The national flag coated on the vertical tail, the words of “CHINA AIR FORCE” coated in the mid part of the aircraft body and the aircraft emblem coated on the aerofoil all reflect the feature of PLA Air Force and have obvious representation. The “arrow-shaped” pattern designed in combination with the aeronautic appearance and the “Flying” mark on the underside symbolize that the PLA Air Force is developing rapidly. Blue, white and red colors are used in the coating with blue color as the main hue, for blue is the universal color adopted by most top flight demonstration teams in the world. The coating well inherited the coating style of the type J-7EB/GB demonstration fighters with harmonious color which is concise, lively, solemn, artistic and easy to distinguish. 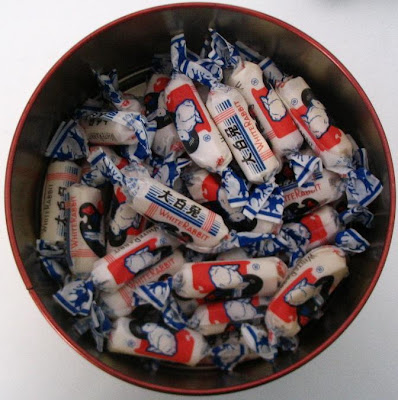 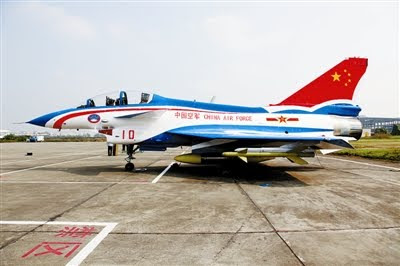 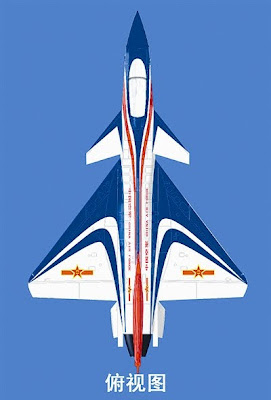 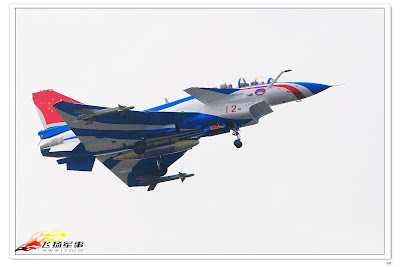 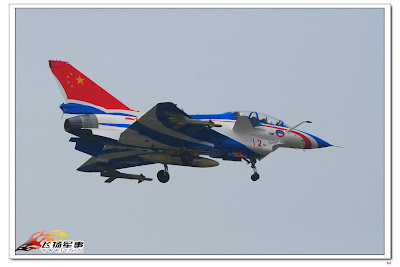 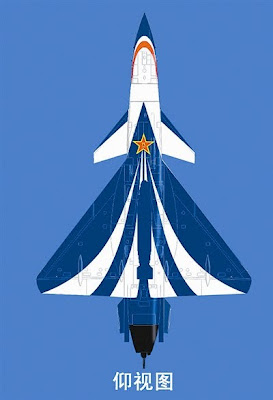 * thanks latenlazy for the reference.
Posted by Coatepeque at 9:58 AM

Email ThisBlogThis!Share to TwitterShare to FacebookShare to Pinterest
Labels: J-10S

Nice comparison. Zhou EnLai had given the White Rabbit candy as a present to Richard Nixon. Who are they trying to impress this time with such attractive colors? The USA or the third world?

Loved those White Rabbits when I was a kid.

I hated the White Rabbits. They stick to your teeth better than any glues ever would.

I love the candies and to share it with my boyfriend in a speciall time. Actually when he buy viagra we share not only our candies but a great time together. I really love it!!! for me the candy are very delicous.