Japanese Maritime Self-Defense Force Cadets to be trained in a PLAN vessel for the first time.

Since the current economic downturn, the trilateral relations between China, South Korea and Japan has improved steadily. They are now pushing forward with their own regional cooperation agendas. First, there was the joint development of undersea resources in the disputed zones between China and Japan, (here) then the study of the "East Asian Community" concept (here), and now the Trilateral Summit on DPRK relations. (here)

Historical and regional geopolitics will prevent a formation of an Asia EU as suggested by the new Japanese Prime Minister Yukio Hatoyama. However, that region is also home to 16% of the world’s GDP, thus any attempt to further cooperation should not be viewed as a zero sum game. The PLAN's visit to Korea and Japan and the associated training exchange can be viewed as an example of this regional cooperation. Hopefully, the diehard nationalists from all sides will understand.

At the invitation of the ROK's navy and Japan's maritime self-defense force, the vessel is scheduled to visit the ROK's port of Chinhae and Japan's port of Kure from Oct. 29 to Nov. 2, and Nov. 5 to 9 respectively, according to the schedule.

Two cadets from an institute under Japan's maritime self-defence force were on board the vessel to receive training with their Chinese counterparts, said Rear-Admiral Liu Yi, the PLA Navy's deputy chief of staff, who will lead the vessel.

This was the first time for foreign cadets to take part in the whole course of navigation training on a Chinese navy vessel, according to Liu.

Of nearly 370 people on board the vessel, 230, including 16 female, are cadets from four academies under the PLA Navy. They will have a variety of professional exchanges with their ROK and Japanese counterparts respectively, according to Liu.

During the visits, four Chinese navy students will get the opportunity to receive training in academies of the ROK's navy and Japan's maritime self-defense force for two or three days, he said.

The visiting ship "Zhenghe" was named after a Chinese maritime explorer who sailed overseas about 600 years ago. Dubbed "a mobile college on the sea", the vessel was put into service 22 years ago and had sailed for a total of more than 280,000 nautical miles.
Editor: Sun Yunlong 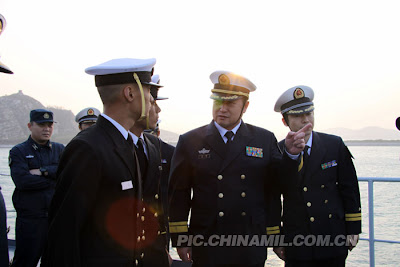 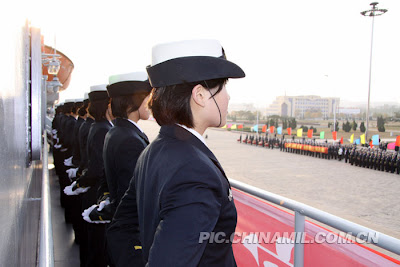 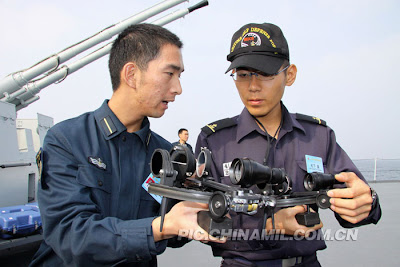