When the Chinese government wants to do something, it generally does it on an industrial scale with a shotgun approach. 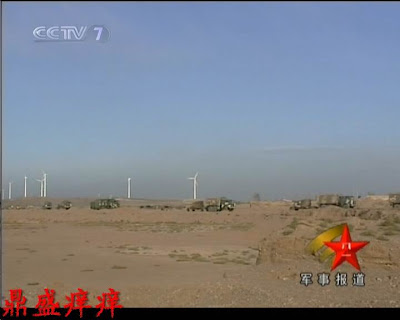 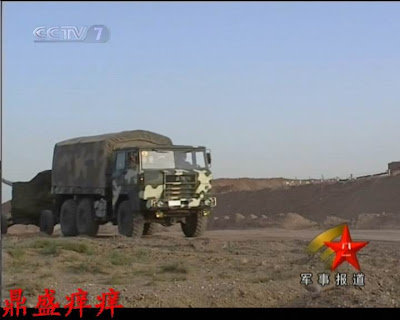 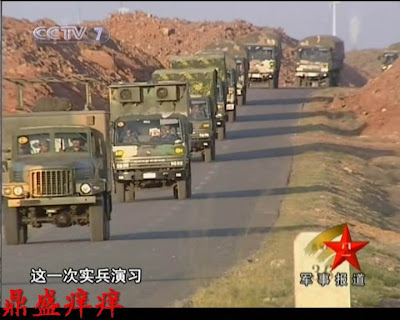 
BEIJING – China could cut its emissions by 30 percent in the next two decades if it switches to wind power to meet about half of its electricity demands, a U.S. study published Thursday said.

China's energy needs are expected to double by 2030, but the study in the journal Science says that the country could reasonably meet half of those needs with wind.

Using meteorological data to assess the potential for wind power in China_ the world's largest emitter of carbon dioxide — the researchers also say wind could theoretically supply all of the giant's energy, though it only laid out the figures for meeting half its needs.

"The world is struggling with the question of how do you make the switch from carbon-rich fuels to something carbon-free," lead author Michael McElroy, a professor of environmental studies at Harvard's School of Engineering and Applied Sciences, said in a statement. "The real question for the globe is: What alternatives does China have?"

Coal currently supplies 80 percent of China's electricity, and hundreds of coal-fired power plants are built every year to keep pace with demand, but Beijing is also investing heavily in renewable energy.

It plans to build seven large wind-power bases over the next decade, and already ranks fourth in the world in terms of installed capacity, at 12.2 gigawatts (12.2 billion watts) — about equal to the energy produced by two dozen average-sized coal-fired plants.

It trails only the U.S., Germany and Spain in installed capacity, but not all of those turbines are hooked up to the electricity grid. In fact, just 0.4 percent of China's electricity is currently supplied by wind — or around 3 gigawatts.

Justin Wu, a wind analyst at New Energy Finance, a London-based industry-research firm, said the gap between installed capacity and wind-generated power is more than just a footnote. Connecting the wind farms to national electric grids is very difficult and expensive, he said, because the on-and-off blowing stresses the grids.

He said the study does not take into account that to overcome this difficulty, power grids would need costly upgrades.

"It's not possible to have 100 percent of a country's energy demand coming from wind using current technologies because it requires quite a bit of advancement in smart grid technology to accommodate the unstable effect of wind," he said. "Without real advancements in grid technology or power storage you will not be able to do that."

The innovation is only likely to be undertaken by power companies if they're offered big incentives to offset the costs — incentives that are so far lacking.

Still, analysts note that China has shown a commitment to renewable energy and may be able to overcome the problems; it is now the fastest-growing market for such energy. U.S.-based First Solar Inc. said this week it had received initial approval from China to build what may become the largest solar field in the world in Inner Mongolia.

The International Energy Agency estimates China will need to increase its capacity by 800 gigawatts by 2030 to meet demand — roughly double its current capacity.

The study proposed a way for wind power to make up most of that increase and, if it did, said China's emissions of carbon dioxide could drop by 30 percent.

The researchers proposed that the country could produce 640 gigawatts from wind farms, assuming they ran at 30 percent average capacity — a measure of how much output can reasonably be expected from a wind turbine. Average capacity takes into account that wind is fickle, and calculates more or less how much of the time you can expect a turbine to be working at full capacity.

Thirty percent is at the high end of estimates for most wind projects. In China, most tend to average about 23 to 24 percent capacity. At current prices, the study said the plan would require an investment of about $900 billion.

"The present analysis suggests that wind resources in China could accommodate this target. This will require, however, a commitment by the Chinese government to an aggressive low-carbon energy future," said the study, which was carried out with Tsinghua University in Beijing and supported with a grant by the National Science Foundation.

While the study also put forth the notion that wind could eventually meet all of China's needs, Julian L. Wong cautioned against relying too heavily on it, saying wind is not a substitute for sources like coal, natural gas or nuclear power.

A shortage of wind could be devastating for industry, said Wong, an analyst at the Center for American Progress, a Washington-based think tank.

While electricity from wind can be stored when too much is produced and used when winds die down, Wong said it is unrealistic to expect that storage technology would have advanced enough in the coming decades to allow China to be entirely powered by wind.