Submarine 303, a type 033 conventional submarine (NATO reporting name “Romeo" class) was decommissioned on Oct 10th, 2009. According to its official history, it was constructed by Factory 427 of the Guangzhou Shipyard in 1977. It was commissioned in April 1984 with the 32nd Submarine Zhidui (squadron) of the South Sea Fleet.

During its 20 years of service, it has navigated 20,000 nautical miles and participated in many naval exercises. During the 1970s and 80s, there were over 100 Type 033's in service with the PLAN. Their job was not to destroy other submarines in open-ocean but rather to wait at coastal-depth to ambush the enemy’s invading fleet. The one thousand nautical miles per year is low by today’s standard, however, it illustrates the PLAN’s straightforward submarine doctrine and its limited training requirements of the 1980s. In another words, they were cheap and expendable.

The reminding 7 Type 033s are in “active reserve” and have not set sail for sometime now. 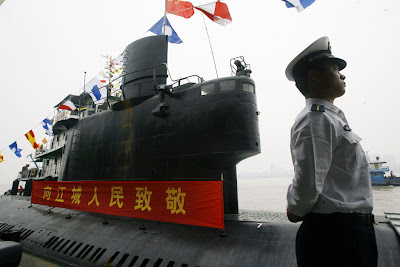 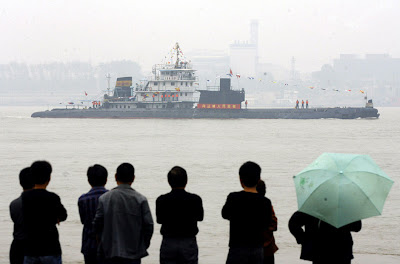