The word "harmonious" IMHO has been overused and abused by the PRC PR department. Give it a rest.

BEIJING, Oct. 26 (Xinhua) -- China's People's Liberation Army (PLA) air force will put its most advanced warplanes on display in the suburbs of Beijing in November, to mark the 60th founding anniversary of the PLA air force, an air force officer said here Monday.

All the aircraft, including Kongjing-2000 Airborne Early Warning and Control (AEWC) aircraft, J-11 fighters, H-6 bomber jets, and HQ-9 surface-to-air missiles, were made by China, said He Weirong, deputy commander of the PLA air force.

Most of them were included in the aircraft fly past during the National Day military parade on Oct. 1 this year in Beijing, he said.

This year marks the 60th founding anniversary of the People's Republic of China, its naval forces on April 23, and its air force on Nov. 11.

An international military forum themed "harmonious skies" will also be held in Beijing in November. More than 300 senior air force officers from China and more than 30 other countries are expected to attend the forum to mark PLA air force's 60th founding anniversary, He said.

"The forum is aimed to build a platform for air forces of different countries to enhance mutual understanding and exchanges, to discuss how to maintain safety in the skies, and to know about China and its PLA air force better," He said.

Celebrations will also include an exhibition of weapons and equipment of the air force at the China Aviation Museum on the outskirts of Beijing, according to the officer.

Galas, TV series and documentaries themed with the development of the air force will be put on show in state broadcaster to mark the 60th founding anniversary of the PLA air force, he said. 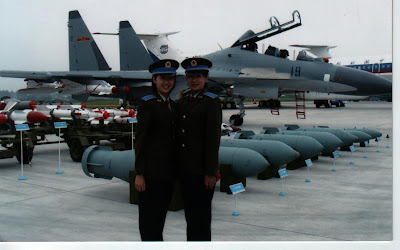 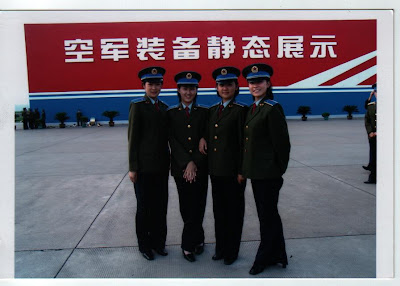